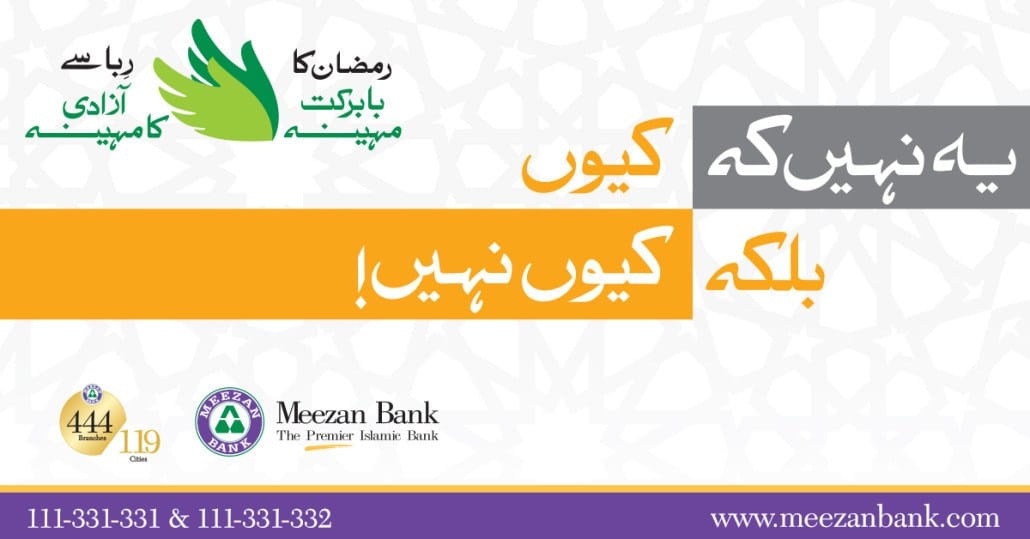 The marketing campaign aims at reminding the Pakistan’s 200 million Muslims to follow the teachings of Islam and Prophet Muhammad (PBUH) injunctions on receiving interest and reminds them of the war against interest and usary.

Meezan bank is engaged in building up its brand-image through this campaign as Ramadan offers the perfect platform for such a promotion as Muslim become more conscious of their non-islamic habits. 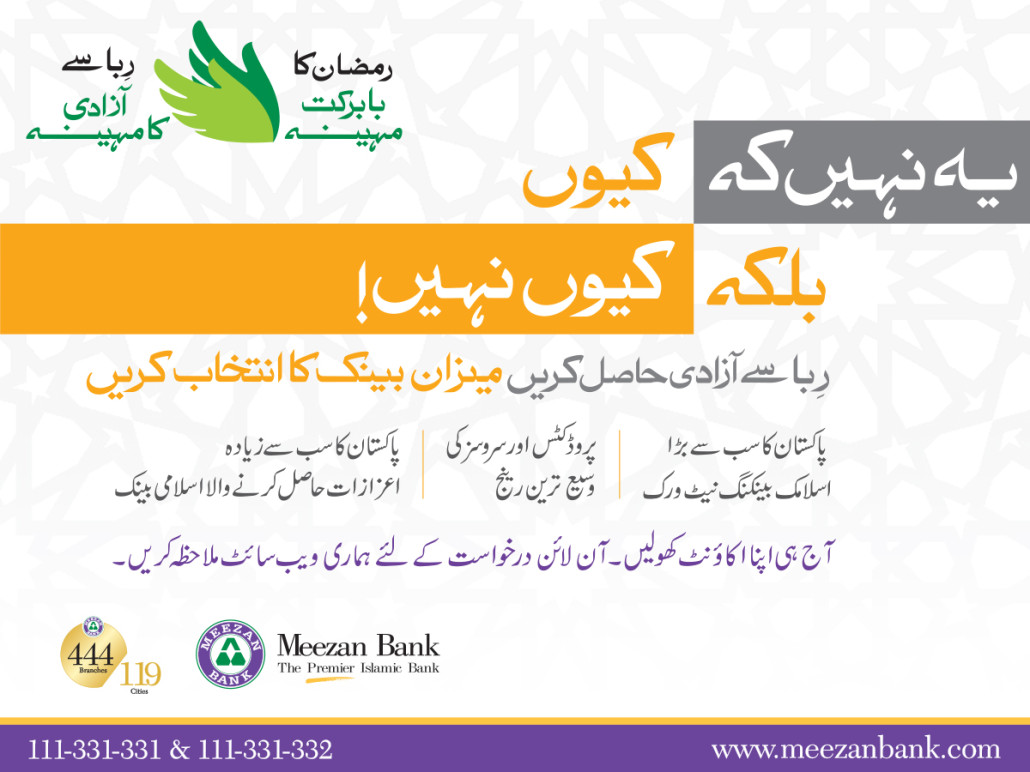 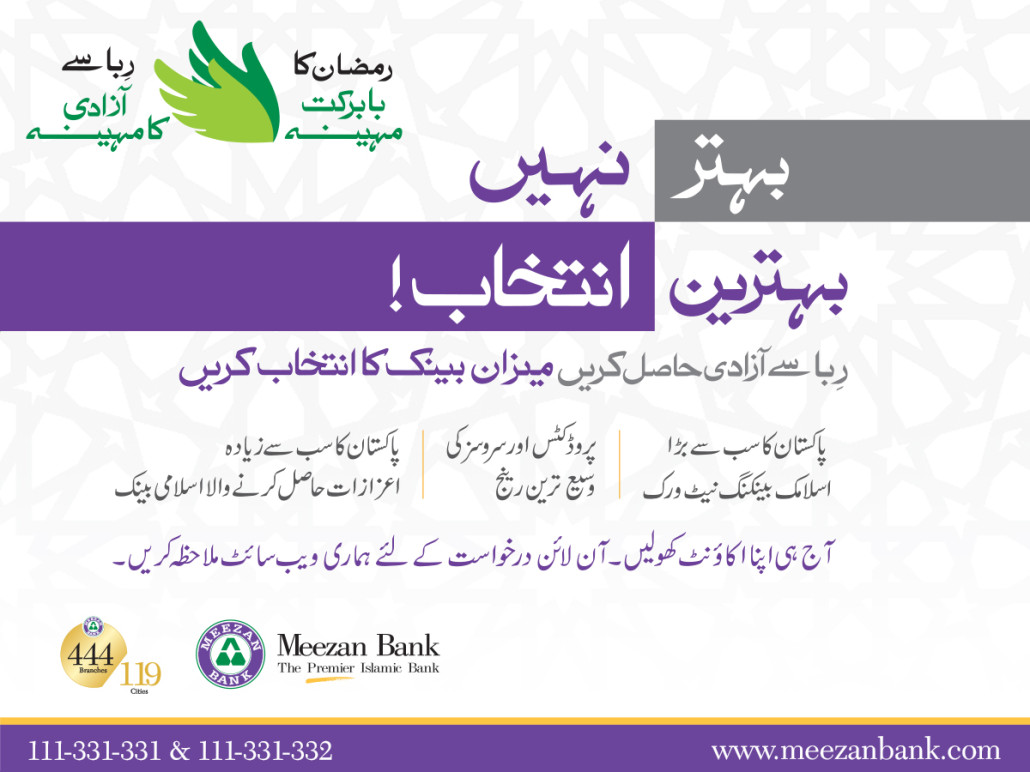 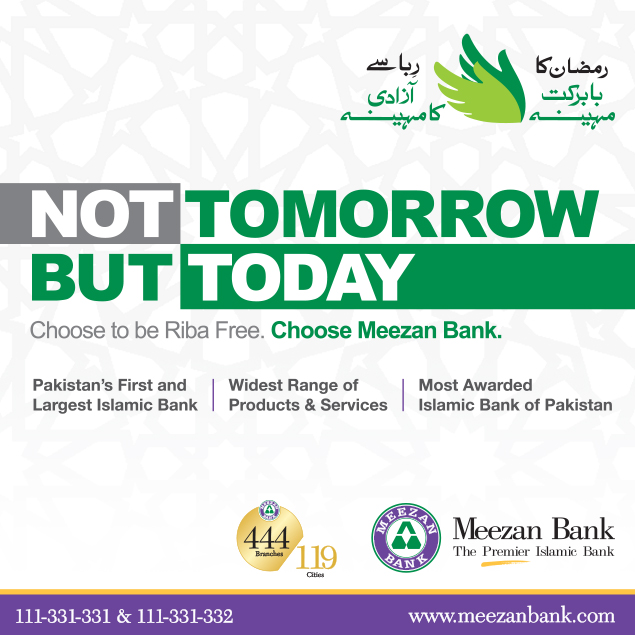 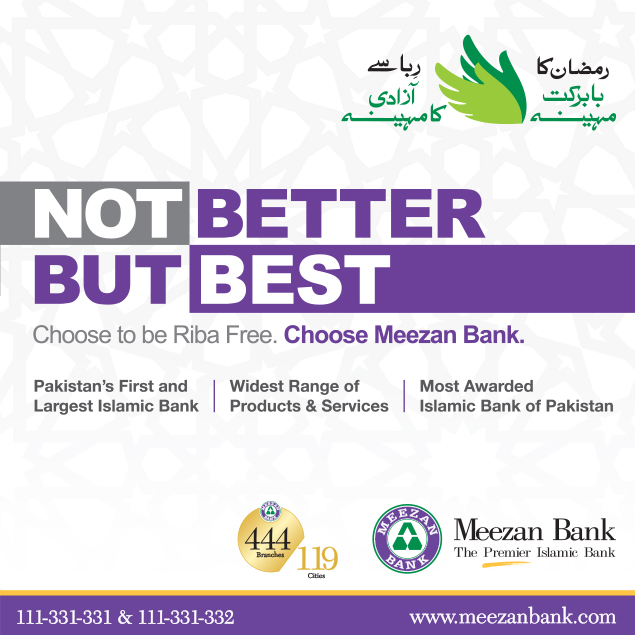 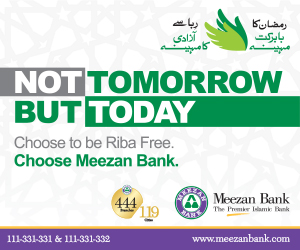 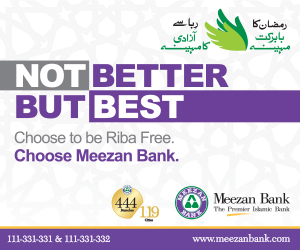 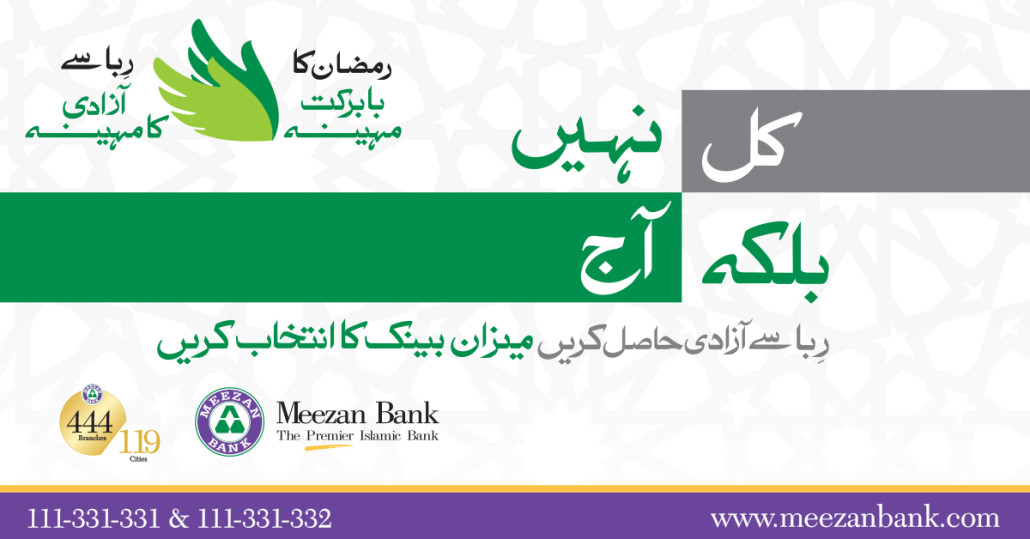 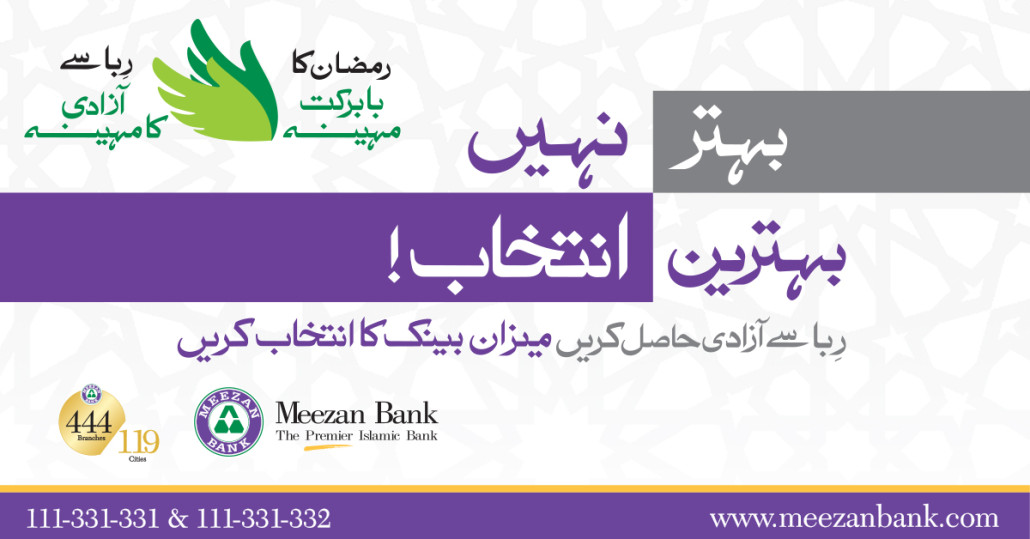 Meezan Bank is Pakistan’s Premier Islamic Bank with over 450 branches, and has the unique distinction of being a pioneer in the world of Islamic finance that  has combined the best of traditional Islamic values with the  technology and innovation that of the modern day banks. The Bank is offering state-of-the-art Shari’a compliant products that compete with the best of those offered by conventional banks.