An interesting thing happened to me whilst shopping the other day. Indulging in the environment as a bored-husband is most oft forced to do whilst the wife haggles with the sales person for the 20th time, a small artificial jewelry store caught my attention for what the shopkeeper was doing. Whilst talking to his female customers, he was also constantly sending pictures of the jewelry they had favorited to their mobile phones via Bluetooth. The chatter amongst the young females grew even more ecstatic when he decided to send the pictures of the stock he did not have at the shop and had reserved for his ‘special’ clients whom he informed them he consistently communicated with on ‘Whatsapp’, a leading OTT (Over the Top) Messenger which allows two people with the same app to send messages, videos, photos, etc to each other. An introduction to being on his WhatsApp list immediately followed with exchange of mobile numbers and a promise to send pictures of his upcoming ‘Turkish’ inventory within the week. He also demonstrated how if any of the customers should need any piece of jewelry or liked any jewelry at some other shop, to snap a picture and send it to him via the OTT along with the price and he would find and match or give a lower price if he has it in stock too, a brilliant example of ‘customer lock-in’ and the usage of the power of mobile communication for sales and customer service.

Once a niche channel relegated to plumbers electricians and most often scammers, mobile marketing has gone mainstream in a big way, graduating from SMS Spam and often questionable quality of the products being marketed to being a bonafide contender for marketer’s budgets, duking it out in the media channels ring against the best available. Marketers too are taking more interest at optimizing their traditional and digital campaigns by integrating mobile into the mix.

Mobile may be called the 4th screen globally, but it is fast becoming the first screen in Pakistan. Compared to the 20 million+ TV sets in Pakistan, we have over 60 million phones in the country and if the FB stats alone are taken as a leading indicator over 5.6m people are currently accessing FB on mobile devices which can be broadly be categorized as 2.4 million users on Android devices, 700,000 iOS users, the more ‘asprirational’ segment, 132,000 RIM possibly corporate users and 100,000 Windows Phone OS based users usually young audiences with the rest falling into ‘other basic phones’. This is out of the estimated 12-15 million users of mobile internet in Pakistan. Compared to 5 years ago when there was hardly any penetration of mobile internet in the country, the growth is phenomenal.

However as mobile internet access grows, and more people use their phones to go online, the rules for marketing will change yet again. Unlike traditional media channels which can be easily ignored / blocked or even traditional digital channels on PCs which require you to pick up a device or boot a device, mobile is a personalized one-person channel which is always within arm’s reach, a highly addictive channels which has developed a psychological problem ‘Phantom Vibration Syndrome’ which so many people suffer from that it’s even gotten its own nickname ‘Vibranxiety’. With such an intimate channel, a traditional mindset of generating consistent interruptions will mean annoyed customer who very quickly will take steps to find you and block you and getting blocked from a mobile customer’s device is fast becoming a block for life. From a personal story, I got rid of the telco that decided to SMS me consistently at 2 am in the morning. Incidentally Call & SMS blockers are also amongst the top 500 downloaded Android apps in Pakistan.

Thus the core aspect of the mobile communication should be that the customer comes willing via – Choice of Opt In, Controlled Opt-out and Content – Entertainment, Information or Interactivity. 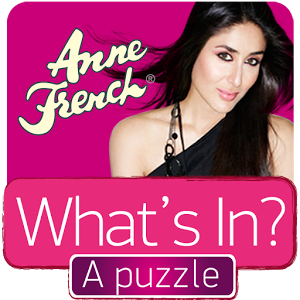 One of the recent case studies that proved this was the use of the mobile medium as an engagement tool was Pfizer’s ‘Anne French’ who decided to test the mobile waters with a slider game designed around their brand ambassador Kareena Kapoor. Promoted via a contest, Anne French asked its users to compete to be the ‘What’s In’ Queen of the game’s leaderboard. The game was made available on iOS and Android mobile platforms and was also designed for and integrated on Facebook as well. First time in Pakistan, web audiences and mobile audiences got to compete with each other on the same leaderboard. The results in terms of engagement proved to be fantastic. Promoted via FB only the app was for a time the amongst the top 50 apps downloaded in the Google Play Store and current stats show the app having been downloaded in the 1000-5000 category as well as engaging audiences on FB tremendously. It also generated some positive WOMM from leading media blogs in the country.

It can also be said that mobile marketing as a stand-alone media will fail greatly. Integration with channels and opt-in are the keys which will unlock the customer’s heart for the brand. As demonstrated by Unilever’s Supreme ‘Sonakshi ko Manao’ / Supreme ‘Healthy Hai’ campaign, the 360 mass media campaign drove users to the phone to ‘convince’ Sonakshi that Supreme is not only tasty but also healthy. It is estimated that 500,000 to 600,000 users participated in the campaign. Similarly along with other companies and brands such as Nestle Milo and Engro Foods who have shifted to eliciting entries via SMS on Short Codes for lucky draw promotions, Unilever too promoted their latest Magnum – Mercedes Promotion on traditional but drove traffic to their SMS service whereby users after enjoying a Magnum bar could send off the code printed on the stick to a Short Code and get entered into a lucky draw for the Mercedes.

Also if you think bombarding consumers with one way push messages will get their attention, you’re right. But it’s not the kind of attention that will bring you sales. Secondly, SMS / Text is a limited opportunity to connect emotionally with the audience. Writing Glug Glug, Crunch, Aaaah! Is not as engaging as as seeing a person with a can of their favorite beverage whilst eating a pack of favorite chips. That said, stories and interactivity do captivate us especially on a screen which is limited in terms of multimedia capabilities. P&G “MAA’ campaign, an adaption of the TV campaign, used this medium to ask people to send in stories about their mothers and also aired the 10 best ones each week on TV. Sprite Cricket Next. Used the medium for recruiting young cricketing hopefuls from around the country for the campaign. Hundreds of thousands were given a chance to get coached by cricket legends and then compete with the best. Both used ‘Pring’, a mobile social network as a platform.

Thus it can be said that marketers rather than continuing with traditional approaches, require unique new ways of thinking from now only. Mobile marketing is still in its early stages but it’s growing and enabling everything from Live TV (amongst top 100 apps downloaded in Pakistan), our police force (Police officers can share real time information on crimes via SMS services) to utilities such as Groupic which allows the photographer to be part of the picture.

With the rise of faster data technologies in Pakistan (3G coming in 2014) we will be moving away from an ‘impressions’ and ‘exposure’ based worlds into a world of engagement, fun, interactivity and brand as a channel / media company. Already the ‘Finger Democracy’ of the youth, (SMS is the youth’s preferred channel of communication) and the rise of smart phones (mostly Android) at lower and lower priced thresholds are bringing in more and more free content and entertainment ensuring the exclusion of all other media out there.

For Marketers, the key takeaway should be to be experimental in their approach to this very personalized advertising vehicle. Given the ubiquity and always-on nature of the channel with its hundreds of formats and possibilities it is wise to implement controlled trials to determine how your audience behaves on the channel and over time build up a list of key success factors reflecting the stage your consumer has reached in the mobile adoption cycle and in the purchasing process. Make no mistake, it’s not a cell-phone revolution which is coming soon, it’s a SELL-Phone revolution which will change everything as you know it.

From The Archives (2006) – Beyond Traditional Advertising